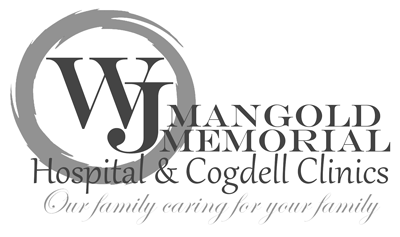 A compassionate, caring, and advanced healthcare team of six physicians and four Advanced Practice Providers, W.J. Mangold Memorial Hospital and Cogdell Clinics in Lockney and Silverton can help you get to your optimal health. From children to the elderly, we can provide excellent care to your entire family. 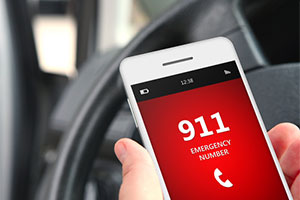 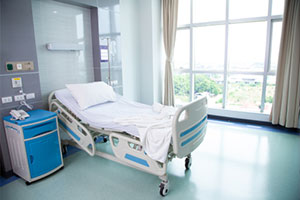 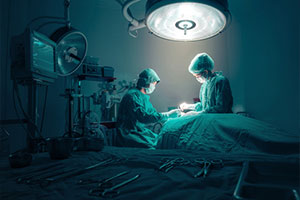 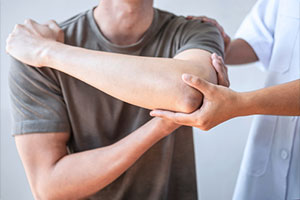 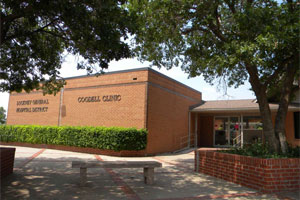 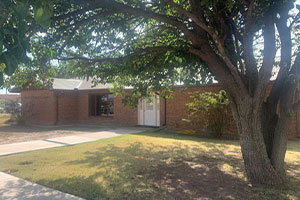 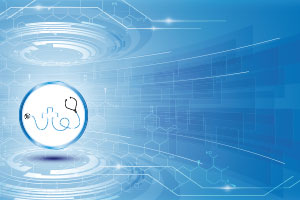 William Johnson Mangold, M.D. was born May 25. 1919 in Rio Vista, TX. Bill's father died before he was born leaving his mother to raise two children on her own. Living in a home where the importance of education was stressed, Bill graduated from high school in Meridian, TX and graduated from the University of Texas in Austin in 1941. In 1942, Dr. Mangold married Martha Lucille Powell, his lifetime sweetheart and friend.

Along with his wife and two small children, Dr. Mangold went to the University of Texas Southwestern Medical School in Dallas where he mastered his trade. In 1950, he received his M.D. degree and had achieved one of his goals in life- to become a doctor. He cared for people, whether they were his patients, his community, or his church. It did not matter what time of night it was, Bill responded to each emergency call with the speed and attention as if a life was in danger in every instance. He also took pride and joy in delivering over 6,000 babies during his practice.

Dr. Mangold practiced his profession with kindness, devotion to his work, his community and his family. He was noted for his determination to improve the hospital and was instrumental in building the modern care facility it is today.

Throughout its existence, WJ Mangold Memorial Hospital has continued to upgrade its facilities in order to provide the most up-to-date care for patients. Various additions and improvements have been made throughout the years to enhance the hospital and clinic. The Martha Ann Cogdell Trust has been instrumental in providing funds to the hospital during times of need, and has offered much support for many of the renovations that have occurred. The hospital's clinic was renamed Cogdell Clinic, in appreciation to the Cogdell's for the support they have granted this facility. The hospital is grateful to the Martha Ann Cogdell Trust and other donors who have helped to continue the existence of this premier healthcare facility through their donations to our Foundation.

The most comprehensive building project in the hospital's history involved the completion of a new hospital in 1992. This state-of-the-art healthcare facility included 23 acute-care beds, four modernized labor and delivery rooms, and a new nursery. Dr. W.J. Mangold was instrumental in the implementation and development of this project. Dr. Mangold passed away in 1992, just prior to the opening of the new hospital, which was afterwards named, in memorial to its founding physician, W.J. Mangold Memorial Hospital.

In 1995, another major construction project was initiated as the hospital was in need of additional space for its growing operations. A new physician wing was added to provide space for a fourth physician in 1997. Additionally, a new emergency room was completed, as was a totally renovated kitchen and dining area.

W.J. Mangold Memorial Hospital purchased a building just south of the hospital in 1999 to provide additional space for its physical therapy, home health care, and home medical equipment services. With this new facility, the hospital opened a fitness center, which is open to the public. This allowed the hospital to not only expand its rehabilitation services, but also to continue its goal of stressing the importance of preventive medicine through daily exercise.

The hospital is continuing this progressive strategy by pursuing additional funding to update surgical equipment and enhance these services as well as other areas of the hospital. W.J. Mangold Memorial Hospital is committed to providing the highest of care for its patients, through compassionate, personal care, combined with the most modern services available.